The house welcomes the vivacious, the wise, and the crazy. It welcomes the rain, the wind. Never judging, never labeling any living being. It lets weeds grow and walls crumble. This house taught me the smells of wood, rust, motor oil. It sharpened my ear to the song of the piano, to the strings of the cello, to Bach, to Gurdjieff. It gave me a taste for liveliness, and has left me with memories that continue ever still to frame and build me, much like the bricks in my own home.

Eastern Aleppo is being bombed and besiege. A doctor and a cameraman decide to walk back into the city where they lived for long, and help the people who chose to remain. The madness of the war only made them more resilient. But at the end they were all forced to leave.

NO FACE, a look through migrants invisibility’s breakdown involved in the largest humanitarian catastrophe since World War II.

A dream of thousands seeking a better life turned into an unending wait in refugees camps.

Hijas De Cynisca (Daughters Of Cynisca) is a documentary film about gender inequality in sports, a reflection of the society in which we live. It gives voice to women who are role models, who have achieved great success in their careers and who will share their stories with us.

They will expose this inequality, they will suggest ideas for its eradication, and they will tell us how much progress has been made and how much remains to be done, to change a society anchored in values that have become obsolete.

Moving to Beirut’s anarchic rhythm, “Underdown” follows the struggles of a Palestinian cab driver who lives in his car, a homeless Syrian kid and a Lebanese woman and her family. Through a pulsating journey filled with harsh realities and an unbreakable sense of humor, they convey glimmers of hope in the darkest of places.

Diana Taylor spent many years as a Film Editor working on News programmes , Documentary Features and Drama at Ealing Film Studios. She was all also a Director and Assistant Producer BBC TV Continuing Education. Since leaving the BBC Diana has worked on a number of projects, winning many awards at International Film Festivals for her documentaries and poetry films.

Dremedrema is the tribal chief heir of her tribe. She is the eldest daughter, therefore, she must accept her inheritance of the position and status according to tradition. But her mother and children hope that she disavows the obligation. Even Dremedrema herself has run away from her tribe once. And there are many other familie’s members who have their eyes on the position. But her ancestral spirits would not give up on her. She is a tribal chief who doesn’t speak the native tongue. At the same time she is a devoted single mother of three. She is a chief without a family house, unable to live within the tribe. She misses home. But despite ten years of effort, it is a home that she cannot easily return to. A female tribal chief’s arduous journey to heed the call of her ancestral roots.

Tilmelding via kontakt@konmuseum.dk – betaling i døren. 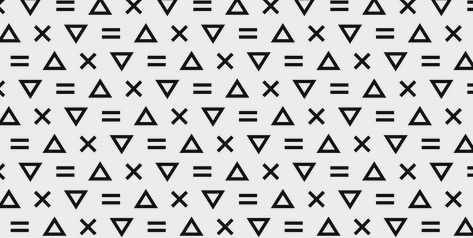